Sangre De Grado: How To Stop a Bleeding Cut And Other First Aid Tips

Sangre de Grado, also known as Sangre de Drago or Dragon’s Blood, is a tree resin from South America with a long history of use to stop bleeding cuts and for healing wounds. Keep it in your first-aid kit for digestive problems, viral infections and mouth or gum issues. And these days, it’s also used in skin care serums for a glowing complexion…

You probably know by now that Jay and I are super-enthusiasts when it comes to natural remedies. So, we’re always on the lookout for natural solutions when one or another random health issue occurs. This is especially important when we travel. So when we were living in Ecuador, we were really excited to discover the local natural medicine known as Sangre de Grado, or as it is more commonly known in Ecuador, Sangre de Drago or Dragon’s Blood. And now we’ll share with you seven reasons why this remarkable substance, Sangre de Grado, belongs in your first-aid kit.

Where does Sangre de Grado come from?

Although it does not actually come from a fabled dragon (nope, it’s 100% plant based!) this deep crimson-red tree resin comes from Croton lechleri trees. Other varieties are known as Dracaena, Pterocarpus, Daemonorops and Calamus rotang. It has been utilized around the world for thousands of years, and is noted historically by the Greeks and Romans. It is also favored by Arabs, Chinese and Amazonian South Americans, continuing up to the present time. The resin is tapped by hand, much as maple syrup is in the Pacific Northwest of North America.

Renowned for medicinal use by South American indigenous peoples, Sangre de Grado is one of those amazing miracles of nature. This is due to its wide and surprising range of health and skin care benefits It is most often sustainably wild-crafted and a little bit goes a long way.

It is fantastic for sealing a cut that won’t stop bleeding or a cut or sore that weeps onto clothing to avoid those pesky blood stains – just let the Sangre de Grado dry before putting clothing over the wound. It might sting a little bit on an open wound, but it feels so much better than other natural suggestions, such as putting salt or cayenne pepper (ouch!!!) into an open wound!

Sangre de Grado is a super-effective treatment for acne due to its antibacterial properties.

Also, many companies have successfully incorporated Sangre de Grado into skin care creams and serums, due to its acclaimed anti-inflammatory, anti-aging, restorative and protective capabilities. It’s not that well known around the world, so it’s like this little secret ingredient that makes some skin serums produce such great results… good to know, if you make your own DIY skin creams and potions!

Apparently the inside of my mouth is really sensitive and I often scratch or bite the inside of my cheek. It’s painful and takes a while to heal. This happened (again) when we were in Ecuador, so we popped into one of the ubiquitous little ‘vitamin” shops in the town center of Zamora, where we were living. Ecuadorean vitamin shops are packed from floor to ceiling with natural herbal remedies in brightly colored boxes with dramatic illustrations and fanciful names. Corners and aisles are crowded with piles and buckets of dried herbs and herbal mixes in cellophane packages. Very fun if you are into herbs 😊

After describing my difficulty, the proprietor of this shop presented us with a tiny plastic bottle of Sangre de Grado. I tried it and was amazed! Just a few drops of the thick, sticky (er, blood-like) resin swished around in my mouth and then swallowed was enough to diminish my symptoms very quickly. After only one day of swishing and swallowing, my mouth was healed! Sangre de Grado is great for all manner of mouth sensitivity, sores or blisters. Plus, this resin is also fantastic for treating various gum diseases, including receding gums and bleeding gums.

The Best Anti-Aging Oils And Butters For Skin Care

Sangre de Grado taken internally can slow down the amount of water that goes through intestines, so is well known as an anti-diarrhea agent. Lots of travelers count on Sangre de Grado when they are traveling in areas that might have questionable water sources. And street food, however enticingly delicious, can often cause stomach upset that is easily resolved with just a few drops of this amazing resin.

We didn’t have this issue in Ecuador, but if I returned to South America I would surely want a little bottle of Sangre de Grado with me at all times. I wish we had known about it when we did have stomach problems in India (Delhi Belly! more than once). I would not travel to India again without Dragon’s Blood in my travel medicine kit.

Sangre de Grado can be used in treatment of viruses such as flu, Hepatitis A and B, and Herpes Simplex. 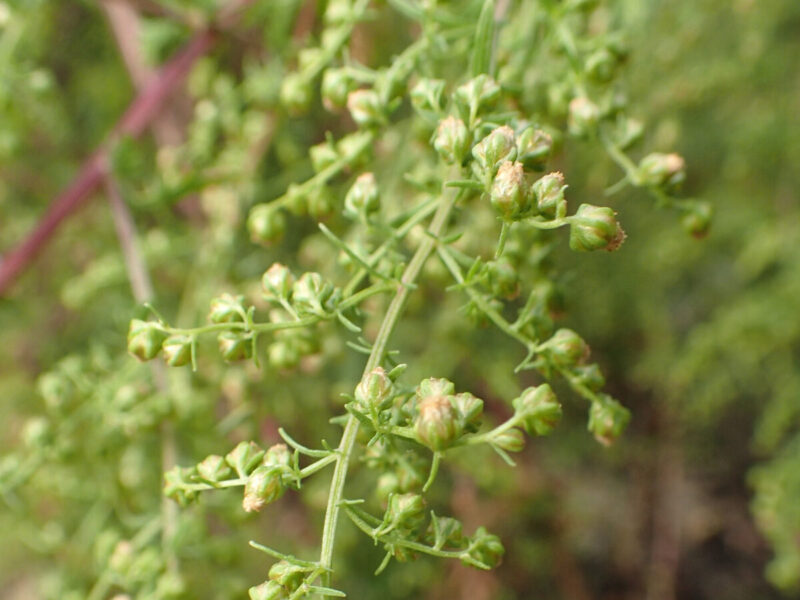 There have been numerous studies that indicate Sangre de Grado’s potential in treating cancer, diabetes and neuro-degenerative diseases.

Sangre De Drago is inexpensive and effective for a large variety of health and skin ailments. That’s why I say that Sangre de Grado belongs firstly 🙂 in your first-aid kit! Next, you can use it as your own secret ingredient to give your DIY skin creams, balms, serums and lotions some extra healing and anti-aging mojo. 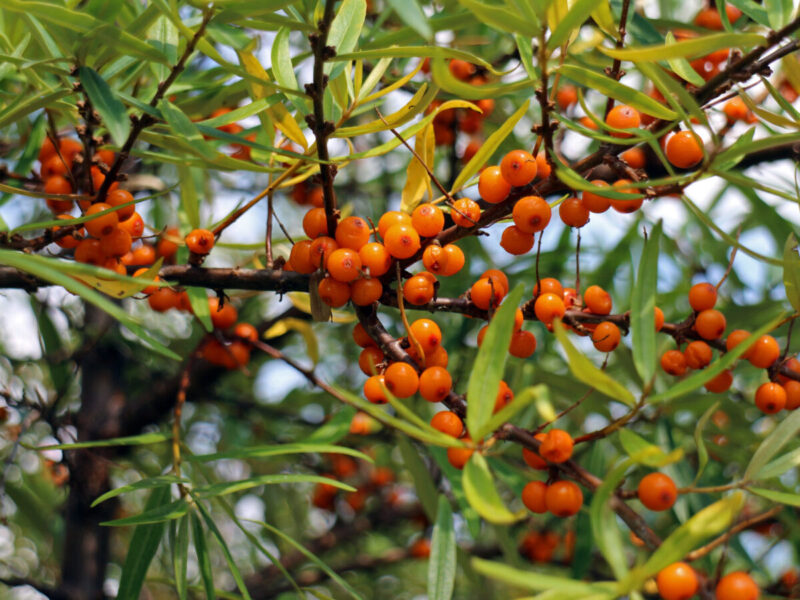 For taking internally, it has a strongly astringent taste; not wonderful, but is not as bitter as other herbs. A few drops can be diluted in water if you can’t handle the taste. Believe me, the results warrant a little taste discomfort.

This excellent Sangre de Grado, or Dragon’s blood ✓ can be used for internal use and can also be used on skin and in DIY formulas.

If you’re traveling in Ecuador, Colombia, Brazil or Peru, you can easily find Sangre de Grado in most vitamin or “natural” shops for a couple of dollars. If you want to be 100% covered and be 100% sure of the quality, you can always buy a bottle online like the one above.

Thank you for reading! If this post has piqued your interest and you find it useful, inspiring or otherwise magical, please pin it and follow us on Pinterest and/or share it on Facebook via the icons to the left… And we’re always happy to hear from you via the Contact page. 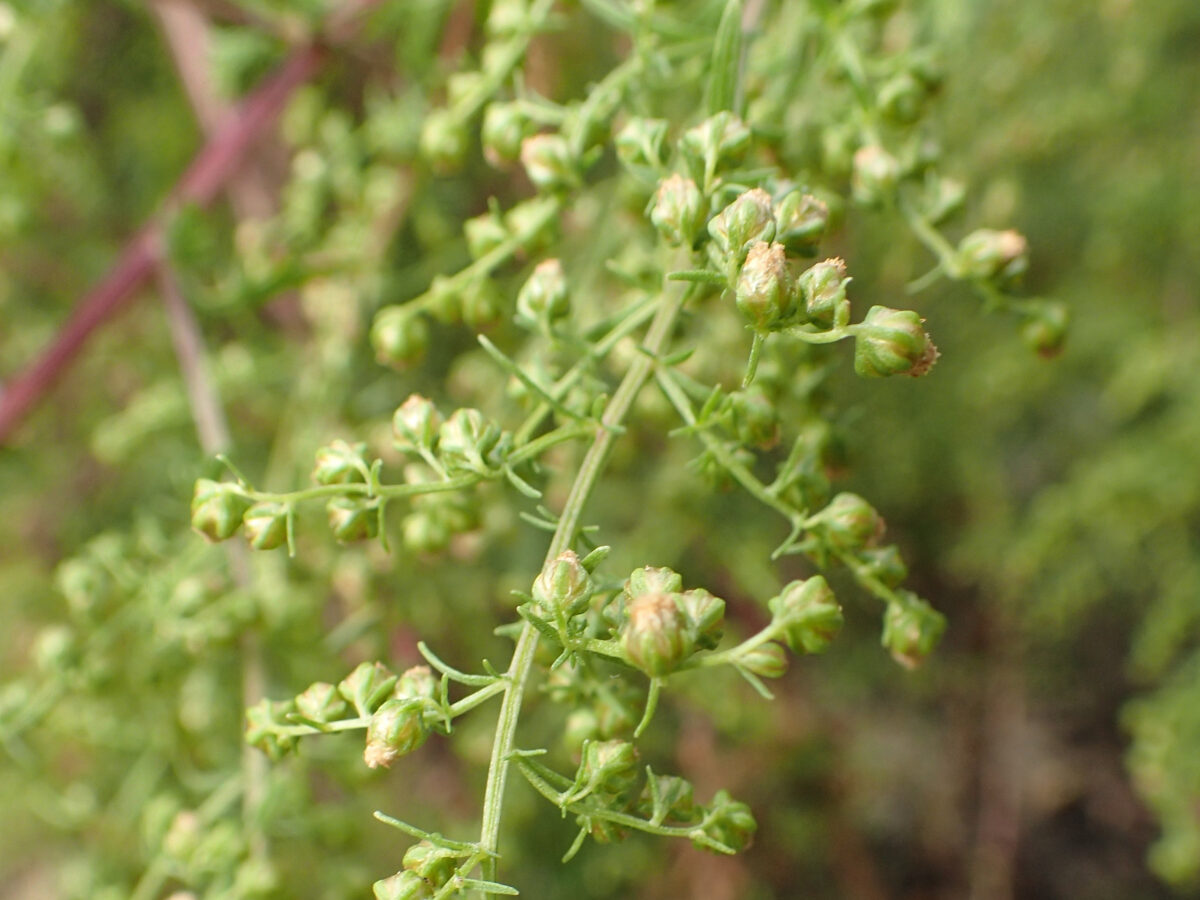 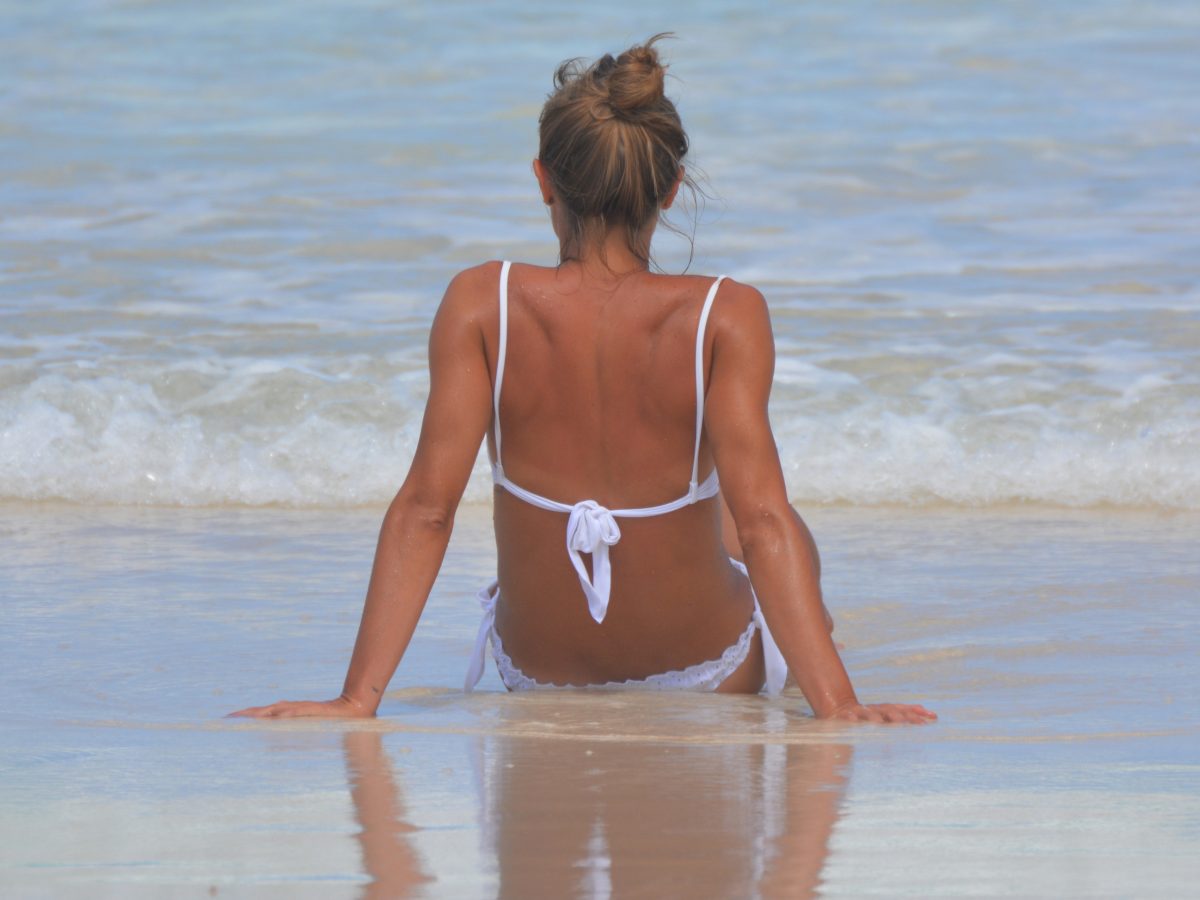 Hi there, I’m Maysie! My husband Jay and I welcome you to the Enchanted SpiceBox... 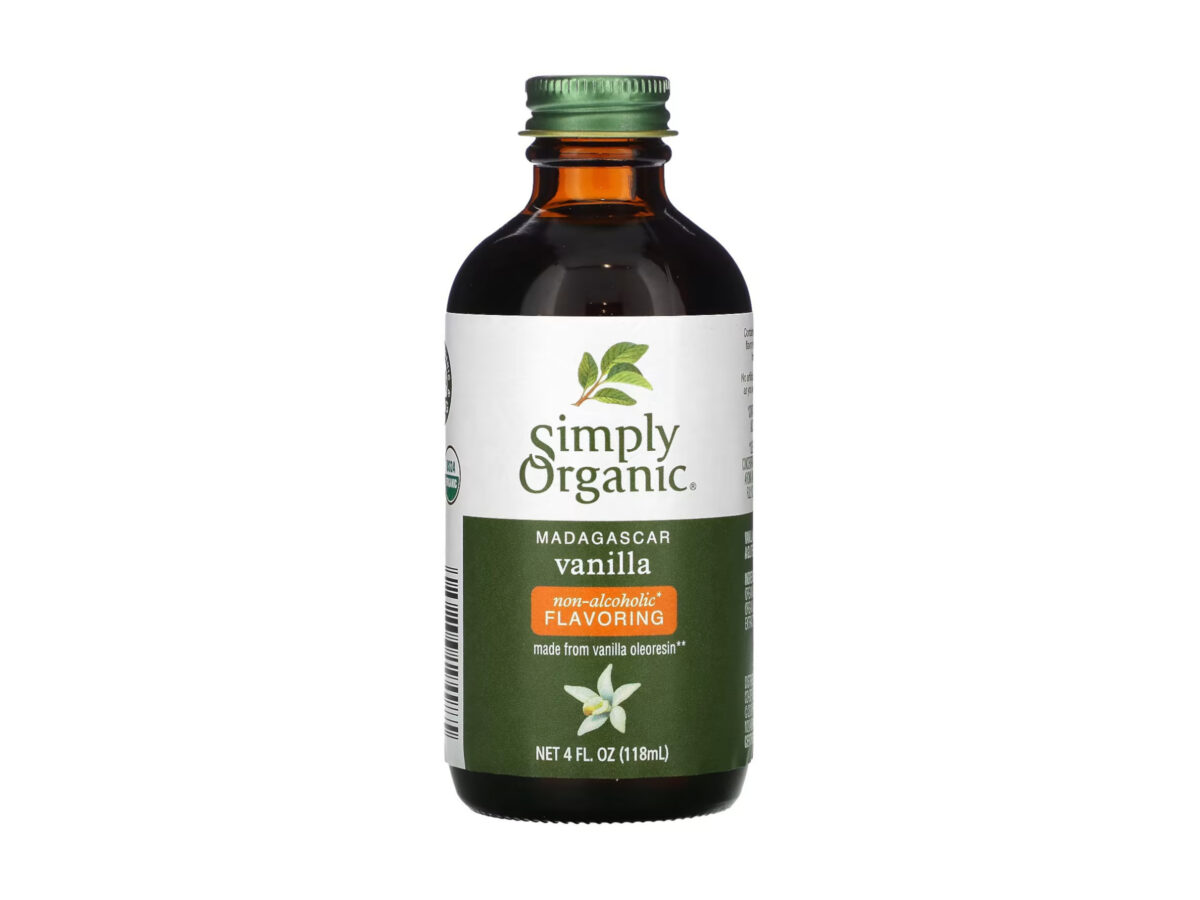 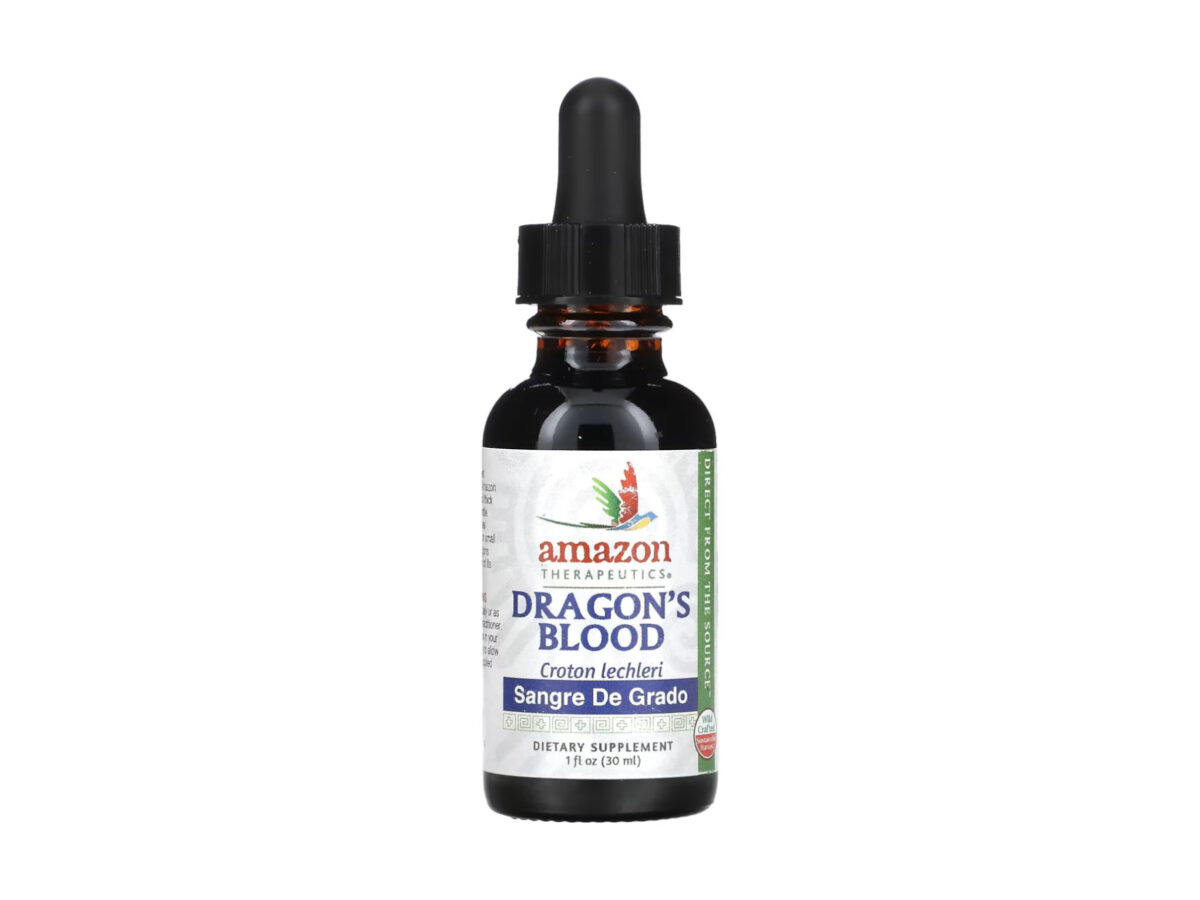 This website is for informational purposes only. Any material herein is the expressed opinion of the authors and is not a substitute for professional advice, diagnosis or treatment, nor has it been evaluated by any regulatory agency. All use of site information is solely at the risk and discretion of the reader. Also, this website participates in affiliate programs. Purchases through links or ads with a Check Mark ✓ may earn us a small commission at no cost to the site visitor. See other important links below.
Cookies Disclaimers Privacy Contact
Copyright © 2020-2022  EnchantedSpiceBox.com   All Rights Reserved
We use cookies for analytics, ads and session management. For more details, please read our Cookie Policy.Got It!
Manage consent

This website uses cookies to improve your experience while you navigate through the website. Out of these, the cookies that are categorized as necessary are stored on your browser as they are essential for the working of basic functionalities of the website. We also use third-party cookies that help us analyze and understand how you use this website. These cookies will be stored in your browser only with your consent. You also have the option to opt-out of these cookies. But opting out of some of these cookies may affect your browsing experience.
Necessary Always Enabled
Necessary cookies are absolutely essential for the website to function properly. This category only includes cookies that ensures basic functionalities and security features of the website. These cookies do not store any personal information.
Non-necessary
Any cookies that may not be particularly necessary for the website to function and is used specifically to collect user personal data via analytics, ads, other embedded contents are termed as non-necessary cookies. It is mandatory to procure user consent prior to running these cookies on your website.
SAVE & ACCEPT
Big sale at iHerb right now!
Click or tap here for special discounts on hundreds of
natural remedies